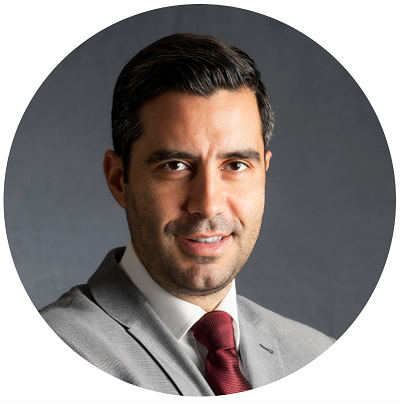 Dimitris Boukas is a lawyer, member of the Athens Bar Association and certified mediator, in civil and commercial cases, by the Hellenic Ministry of Justice. He has also completed the International Master Class on Negotiations of ADRcenter. He is a Certified DPO Executive and Business Consultant in issues related with the compliance with the General Data Protection Regulation (GDPR).

He is a graduate of the School of Law of the National and Kapodestrian University of Athens and holds a Master’s Degree in Public Administration of Panteion University. He has also studied journalism and communication. For many years, he served as a scientific advisor in the Ministry of Foreign Affairs, Ministry of Interior and the Ministry of Justice. He has also participated in lawmaking legislative committees.

He is a member of the Administrative Council of the Hellenic Association of Mediators and in charge of the «Cooperations and Growth Department» of ADRpoint, the first private Centre of Alternative Disputes Resolution in Greece, certified by the Ministry of Development.

Apart from his expertise in counseling services and his presence in practicing law, he is actively involved in the Alternative Disputes Resolution. He coordinates «Law Ν.4469/2017» on the Extrajudicial Mechanism of Debt Settlement. He constantly publishes articles on the Press and internet, while he has also given many tv and radio interviews.

He speaks English and French.